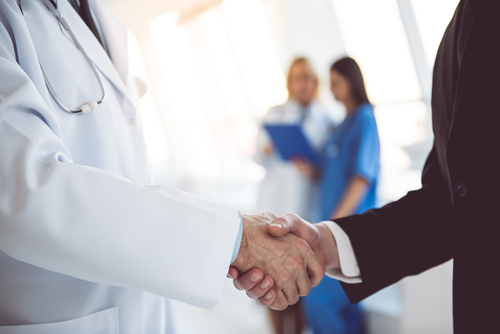 To the editor: I am writing in response to the letter “‘Birkner, Falotico Get Health Care’” published Aug. 5.

As the son of a surgeon based in Teaneck, someone who was raised in Bergen County, and today an independent general surgeon, I have nothing but empathy for Mrs. Troise and her struggles in our broken healthcare system.

I also understand how Mrs. Troise can make unfounded attacks against Assembly members Holly Schepisi and Robert Auth because she—like far too many other New Jerseyans—has been sold a bill of goods by the massive lobbying efforts of health insurance companies.

I can tell you without reservation that the votes of Assembly members Holly Schepisi and Bob Auth are a shining example of how legislators are supposed to stand up for patients, physicians, and health care while ignoring the powerful lobbyists of insurance companies.

Assembly members Schepisi and Auth voted against legislation (the NJ Health Insurance Premium Security Act/“the reinsurance program”) that has meant a more than $3 billion financial rewards for insurance companies but no cost relief for patients. The lobbyists and politicians supporting this bill promised insurance premium cuts of up to 15% to pass the bill. Do you know anyone whose health insurance premiums have truly dropped?

Unfortunately, Mrs. Troise also attacked Assembly members Schepisi and Auth for refusing to support another bill— S485/A2039—that has increased profits for insurance companies while helping drive 15% of New Jersey’s general surgeon workforce either out of the state or out of business. Once again, the insurers’ profits have soared to record levels, but your insurance premiums continue to rise.

My concerns over the direction of healthcare and healthcare policy in our state led me to now serving as chairman of the board of the New Jersey Doctor-Patient Alliance, a true grassroots organization of independent physicians and patients across New Jersey who have banded together to say that we will no longer stand by while big business medicine puts profits over patients.

We are not partisan. We support legislators on both sides of the aisle who choose to stand against turning healthcare into a profit machine, which feeds on the suffering of so many.

We formally endorse Assemblywoman Schepisi and Assemblyman Auth for reelection and hope that you may see fit to join the NJDPA as a patient member.